Golem Gates is the debut game of the studio called Laser Guided Games, whose members have previously worked for Epic Games. Trying to find out more about their newly created title, we asked them about the details of this production.

Laser Guided Games: There’s just four of us.  2 programmers, 1 artist, 1 level/sound  designer. Two of us worked at Epic Games for many years. We met the other two by coincidence around town while we were putting together the game prototype and they got interested.

Settled-Down Gamer: Can you please give some insight about the process of creating the final feel & look of Golem Gates? What were the inspirations for such dark and intense visuals?

Laser Guided Games: We wanted to do something a little different; that was more tech-oriented but could still do some fantasy elements that would allow us to do all kinds of cool gameplay effects. I think the fog of war effect is a big part of what makes the visual style, putting a somewhat  oppressive view on the world at first that eventually gets pushed back as you create more forces. 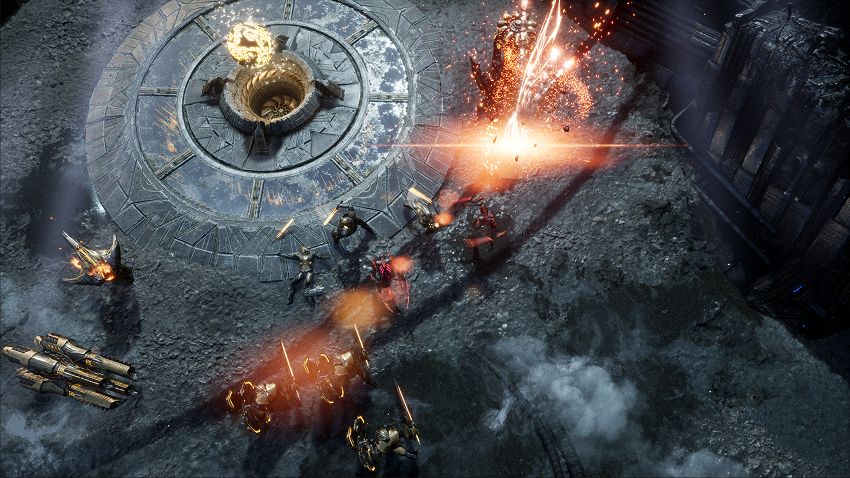 Settled-Down Gamer: How did you come up with the powerful music that we hear in the early access version? Was it composed directly for Golem Gates or are these existing pieces of music? There is a rather small amount of tracks (2, maybe 3). Will there be more of it in full version?

Laser Guided Games: The music was composed specifically for this game. We’ll have a bunch more tracks as we add more content to early access and approach the full release. We’re investigating possibly selling the soundtrack separately as an add-on as well but it’s not clear yet.

Settled-Down Gamer: Can you please describe in more detail how and why did you decide to choose these types of game mechanics (RTS + deckbuilding game) and why did you choose the “pay to play” model? What was easy and what was the most difficult while developing these mechanics?

Laser Guided Games: We’re always looking to put a different spin on existing gameplay. We wanted to minimize some of the aspects of RTS games that players can be put off by, like complicated build orders and starting scripts, and instead move some of the strategy into a deckbuilding component

We didn’t want to follow the free to play model because they make it too hard and unrewarding to make new decks. When I play many of the free to play CCGs, it feels like even paying money I won’t be able to reliably build the deck I want anytime soon. By just making the game a single purchase and dropping everything in game at a regular rate, players can build up to their ideas at a pace they can follow. 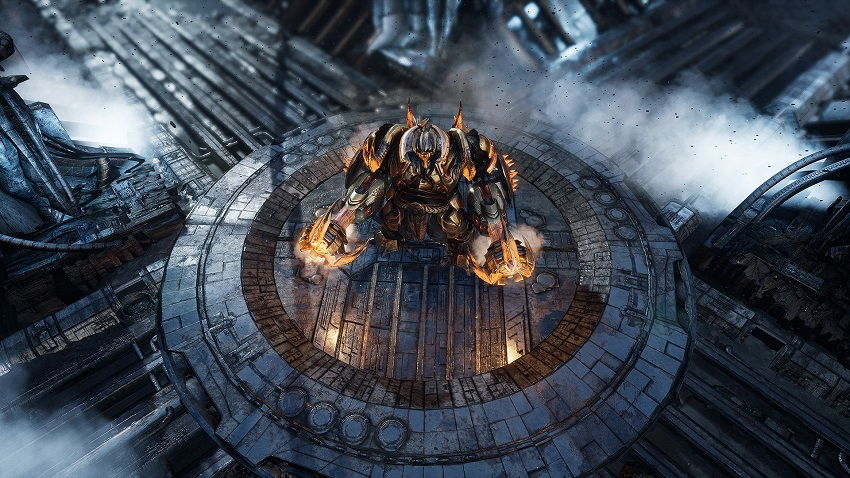 The most difficult part of designing the game was getting the pacing right. Early on we had a lot of problems with rushing. Eventually we figured it out but then we had stalemate problems. That’s where we got the idea to copy the monster camps from some other games to provide neutral breaker objectives that can help push the game to the end.

Settled-Down Gamer: In early access there is no campaign mode available. I’d really like to know more about it. Is it possible for you to give more details?

Laser Guided Games: We’re working out the details of the campaign now. More info soon. It will be somewhat vague and „B movie” like because we don’t have the resources for fancy cinematics, but hopefully it will add interest and fun to the missions.

Settled-Down Gamer: What are you proud of the most now, when we „speak”, looking at all your work that you have put into Golem Gates?

Laser Guided Games: I feel like we succeeded in making a fun and unique game that can have a lot of replayability. Now we just need to finish the content 😉